Bristol always strives to connect with our clients and suppliers in every way possible, so that together we can help you to control and drive the success of your company’s domestic and global mobility.  Bristol would like to thank Newland Chase and Peregrine Immigration for this timely information on the latest regarding the U.K. decision to exit the European Union, and its implications for global mobility.

On 28 January 2019, the UK Home Office published a policy paper outlining its proposals for how it will treat EU citizens arriving in the UK after a no-deal Brexit.  The proposed provisions are subject to parliamentary approval of the necessary legislation, in particular of the Immigration and Social Security Co-ordination (EU Withdrawal) Bill which would repeal the Immigration (European Economic Area) Regulations 2016, which currently implements free movement in UK law.

According to these proposals, in the event that the UK leaves the EU without a ratified withdrawal agreement on 29 March 2019, temporary, transitional arrangements will apply from 30 March 2019 until 31 December 2020, after which a new immigration regime will be implemented.

These arrangements would replace the transition provisions in the withdrawal agreement whereby EU citizens arriving in the UK before the end of 2020 will be able to apply for residence under the EU Settlement Scheme up until the end of June 2021. 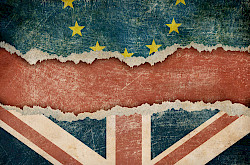 During this period, EU citizens coming for short visits will be able to enter the UK by showing either a valid national identity card or a passport. They will be able to stay for up to three months from each entry without a visa and will be able to work or study on arrival.

EU citizens who wish to stay longer than three months will need to apply for leave to remain within three months of arrival. Subject to identity, criminality and security checks, leave to remain will be granted for 36 months which will include permission to work and study. This will be non-extendable, temporary leave - those who wish to stay longer will need to apply under the future immigration system, once this is implemented. There may be some who do not qualify under the new arrangements and who will need to leave the UK when their leave expires.

The initial three months’ leave to enter for EU citizens will be free of charge, but otherwise application fees will be payable. Amounts will be set out in fees regulations in due course.

Until the future immigration system is introduced, from 2021, EU citizens will continue to be able to evidence their rights to work and to rent property using a passport or national identity card, and non-EU family members will use a biometric residence document. Employers and landlords will not be asked to distinguish between EU citizens who were resident before exit, and post-exit arrivals.

Under the future immigration system, employers and others will need to check EU citizens’ status using the Home Office’s Digital Status Checker, but not retrospectively.

Irish citizens will continue to have the right to enter and live in the UK, as now, under domestic Common Travel Area arrangements.

These no-deal transitional arrangements will also apply to citizens of EFTA states (Switzerland, Norway, Iceland and Liechtenstein) arriving on or after 30 March 2019.

In a no-deal Brexit scenario, the EU Settlement Scheme will still operate but the cut-off dates will be brought forward.