After spending a few days on the beaches in Orange Country, we headed further south to San Diego. Friends were staying at the famous Hotel Del Coronado, so we made an impromptu decision to join them for the latter portion of our trip.

After navigating the I-5 “parking lot” for a few hours, we eventually crossed over the Coronado Bridge and pulled into the friendly and warm confines of the hotel. After completing the check-in process, we headed to the main elevator to take us to our rooms on the 5th floor. After a lengthy wait, the elevator began to approach, and it became instantly clear that this was not your average, every day “run-of-the-mill” elevator. It was a beautiful, metallic-gold cage that allows a direct line of sight into the elevator itself. The elevator is more than 125 years old and has been maintained and restored so that it retains the original luster. 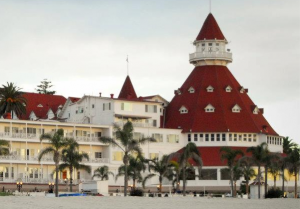 When the elevator reaches us, we were surprised to see that the doors were operated by an old man who, even before the elevator came to a complete stop, was muttering to himself – “OK. OK. OK.” With a few turns of a crank, he pushed open the beautiful gold cage doors and, along with a few others, we stepped on for our ride to the 5th floor. The other occupants were staying at lower floors and each time we came to their stops, the old man – who was severely hunched over and never looked up – would recite the floor number followed by a protracted “OK. OK. OK. OK.”

As we approached the 5th floor, he announced our arrival and once again, hunched over and peering down at the floor, murmured his now standard “OK. OK. OK. OK.”

My wife, kids and I were struck by the experience. Frankly, we don’t often ride in an elevator captained by a human. This person seemed to have grabbed each of us in a way that brought on a deep sense of curiosity and interest. Who was this man? Why did he never look up? And what was with the “OK. OK. OK. OK?”

Later the next day, we learned that the old man has a name, Andrew. He has been with the hotel for a very long time and has quite a memory. We found out that Andrew works the 3:00 p.m. to 11:00 p.m. shift. So later that day, when we came off the beach and were waiting in the lobby for the elevator to come down and carry us up to the 5th floor, we once again heard Andrew’s now calming refrain of “OK. OK. OK. OK.” This time, as we entered the elevator, I said hello to Andrew by using his name. He seemed surprised that I knew his name (I later discovered that Andrew is a bit of a celebrity and EVERYONE knows his name). He looked up and asked me my last name and where we were from. I told him we have a nice Irish name” – Cardini, which brought chuckles from the other elevator occupants. Andrew’s response:  “Cardini? I think I once had a Cardini Martini. Perhaps you can make one for me". Andrew then informed us that he once met Elvis Presley who stayed at the hotel many years ago. As we ooooh’d and ahhhh’d, Andrew began to serenade us with an Elvis classic,You Ain’t Nothin’ but a Hound Dog, snapping his fingers and shuffling his feet all the way up to the 5th floor. He was quite the entertainer, and we were all thrilled to see Andrew come to life! As we got off the 5th floor, Andrew stopped his singing and informed us that we had arrived at our floor, “OK. OK. OK. OK.” There was one other woman on the elevator who, curiously, didn’t get off with us (the 5th floor is the last and highest stop). I asked her if she wanted to step off before me, however, she declined and said, “Isn’t he adorable? I’m going to ride the elevator a bit longer.”

We saw Andrew again the next afternoon as we were waiting for the elevator to take us down to the lobby. As the elevator approached the 5th floor, we heard Andrew and his “OK’s,” and as we all piled onto the elevator, Andrew looked up at us and said, “Hey – it’s the Cardinis!” In a span of a short 48 hours, a mutually cordial and warm bond had been established. 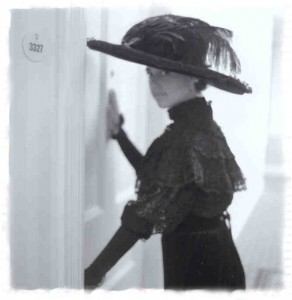 We checked out the next day, and as we were about to climb into our car in front of the hotel, my wife caught the eye of Andrew shuffling through the parking area with his lunch bag in hand. He grabbed my wife’s hand and asked where we were going. She informed him that, regrettably, our stay was over. He genuinely seemed sad and said to my wife “Ya know, I never did get that Cardini Martini you promised me!”

Two nights later, as we were sitting at dinner. My son informed us that he, like the rest of us, couldn’t get Andrew out of his mind, and so he attempted to google “Hotel Del Coronado Elevator Operator.” Sure enough, he found several stories about our new friend. One in particular struck us as it provided a large amount of information and depth about Andrew. Most notably, Andrew was born with Cerebral Palsy, a topic he chooses never to discuss, but prefers to talk about the people he meets in his little 5×5 corner of the world. Andrew works Monday through Friday and on the weekends. He takes part in a bowling league and has a membership to the San Diego Zoo. The hotel night manager will often leave a newspaper in the basement for Andrew to read. And it’s said that he often can be seen scribbling on a piece of paper the names of people he met the previous day.

I don’t know anyone with Cerebral Palsy, however, I understand that it can be a very painful and debilitating disease with no cure. It explains why Andrew is so dramatically hunched over.

Andrew left an unexpected, yet endearing and indelible impression upon my family and me. Beyond his challenges, he is indeed a gifted man. though he suffers from a terrible disease, he has a very special gift of Connecting. As the article my son found so aptly concludes, “At the end of the day or the weekend or the summer, when guests leave the Hotel Del Coronado and go home to Arizona or Illinois or Tennessee, they will remember the white sand and the red turrets and the ghost of Room 3327. But the ones who stepped into Andrew’s elevator will remember the man in the corner with the brass buttons and the songs because every time they stepped into his world, he remembered them.” 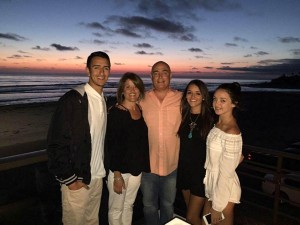 At Bristol, we are profoundly aware of our essential purpose rooted in our mission – Connect! As so wonderfully illustrated by Andrew, everyone possesses the ability to impact others and leave an impression, favorable or otherwise. For more than 40 years, Andrew has made the choice to be present and not lament his lot in life and the disease he has courageously fought since birth. In so doing, he creates a customer experience that is endearing and lasting. Andrew places a wonderfully positive and memorable face on an iconic American landmark. When my family and I think about the incredible experience we enjoyed at the Hotel Del Coronado, our thoughts first turn to Andrew and a collective, broad smile creases our face.

It is precisely this type of memorable experience we hope to create with each of you. As a client, a relocating employee, a supplier-partner, and a fellow Bristol associate, our passionate desire is that when you engage with us, we are able to deliver an “Andrew” experience!

If you would like to read the article my son found, here is the link: http://archive.azcentral.com/travel/articles/20120722elevator-operator-lifts-spirits-hotel-del-coronado.html.