“Team is what it takes!”  “We win and lose as a Team!”  “There is no I in Team!”  It all sounds so cliché.  The fundamental belief in “team” over “individual,” has been touted for decades.  Yet, running concurrent with the team mantra is the ever increasing focus on individual 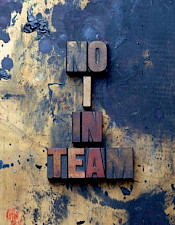 talent.  Particularly within the global economy, sourcing, selecting, developing, and retaining critical talent has steadily risen to the top of the list of concerns expressed by CEO’s and business leaders.  A 2017 survey conducted by The World Economic Forum showed that 77% of CEO’s who responded to the survey voiced their concerns related to a shortage of talent and how the problem could hinder their potential for growth. A related risk leaders must mitigate is associated with abbreviated hiring processes that can surface in efforts to satisfy hiring managers desperate for resources.  When normal hiring protocols are skirted, a number of problems often surface, including and perhaps most importantly – a misfire with respect to cultural fit.

While there are an endless number of challenges facing business leaders today, it can easily be argued that in terms of impact and criticality, finding the perfect balance between sourcing individual talent and developing high-performing teams is paramount!

One of the more fascinating features to the technology revolution is that, with increasing regularity, businesses and their constituent networks, comprised of customers, clients, prospective clients, suppliers, and their own employees, are all becoming more tightly connected.  Technology has played a pivotal role in bringing these groups together in ways many of us could never have fathomed.  Paradoxically, though much of the way in which we all connect today takes place through keyboards, smart-devices and the web, I believe the development of a more persistent flow of communication has led to a greater emphasis on interpersonal/relational skills – often referred to as “soft skills.”  While technical skills and experience remain important factors in a successful talent sourcing formula, the global economy continues to move in ways that lead to higher instances of collaboration and interdependency.

At the risk of stating the obvious, striking the balance between securing and retaining talent which possesses both strong technical know-how, as well as attractive soft-skill capabilities, is anything but a binary equation.  The clear reality is that businesses require talent which can bring the organization both technical and relational competency.

At Bristol, we have heavily tilted our talent sourcing efforts in a direction that first emphasizes the identification of soft skills.  As a significant feature of our People & Culture strategy, we reached the conclusion that, while we strongly desire to be a market-leader in all of the critical categories targeted by global organizations and specifically, RMC’s, we needed to make our people and our unique culture the most recognizable feature of our firm.  In short, we decided to invest in and protect our culture at all costs.  Regardless of a persons’ technical competency or years of experience, prospective hires advance through the interview process and receive consideration for hiring only after completion of several targeted interviews, exclusively designed to identify and extract behavioral and relational competency.  If these first-stage interviews surface red flags, the candidate file is noted and in virtually all instances, a decision is made to not allow the candidate to further progress in the hiring process.  Most leaders agree that it is significantly easier to identify technical ability than it is to uncover softer skills.  However, the time and effort spent in locating the most appropriate cultural fit is routinely rewarded.  So many of the attributes associated with the skills we seek first and have now seeded throughout Bristol, have played the largest role in our ongoing success story.  Our Connect versus Control™ relational approach, which emphasizes vulnerability and transparency, infiltrates every corner of our company and invites regular, candid communication and connection amongst our entire constituency.

In a year in which self-induced disruption and change became as real as ever, Bristol thrived.  The cornerstone of our rock-solid foundation, set in place many years ago, is illustrated in the following belief:  To be successful, we need to create an All-Star TEAM, not merely a team of individual all-stars!  Last year we celebrated our 20th Anniversary and in my not-so-humble opinion, Bristol’s All-Star TEAM was at its’ finest!  As I reflect on the multitude of accomplishments, as well as the many challenges our team tackled and conquered this past year, I am most proud of an attribute that is not easily measured, yet influences every key metric we know to be important to both by our clients and ourselves.  I am indeed humbled when I examine how our team continued to passionately invest in and protect our culture.  Our team remained vigorously true to our Connect versus Control™ philosophy!  Demonstrating massive 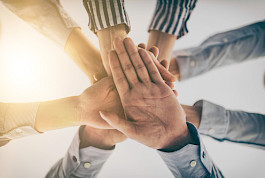 amounts of curiosity and courage, our team produced at an All-Star level and in so-doing, achieved record performances in a variety of critical categories.

As famed author and leading thought leader, Ken Blanchard, once said, “None of us is as smart as all of us.”  I believe our initial two decades as a global mobility provider serve as a vivid testament of Bristol’s warm embrace of the Team above individual concept.  In March, I will celebrate eleven years with Bristol.  More than ever, I am deeply honored to be a member of this All-Star TEAM… A team comprised of Bristol associates from around the world, carefully sourced and best-in-class supplier partners with whom we share so many cultural traits, and a client roster of more than 250 companies to whom we all remain immensely grateful.  With great excitement and anticipation, I look forward to continued partnership and on-going strengthening of our All-Star TEAM!