Yes, I had to use the Toronto Raptors tag line “We the North” to start this article.  As I wrote this, they played in their first NBA finals, killing the rumor that we are a one-sport country and embracing the diversity of the Great White North. Although we are friendly neighbours, We the North are a different country and when doing business in Canada, there are a few hacks that could help put Canada in perspective.

First, add a zero or subtract a zero.

Although Canada has a slightly larger land mass than the US, we have a tenth of the population, about 36.7 million in total compared to 325 million in the US. In fact, the state of California has more people than all of Canada at 39 million. We are a very big country with a very small population. With that, statistics can be ballparked by adding a zero or subtracting a zero. For example, in the relocation business, a good-sized account in the US would be a thousand relocations.  Now “subtract a zero”: In Canada a good size account would be 100 relocations. 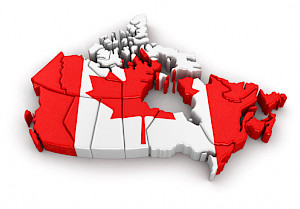 It’s easy to kind of project the importance of accounts and the scarcity of business by using the add a zero subtract a zero formula. There are generously about 50 decent accounts in Canada not including organizations with head offices outside of the country.  There are about 8 relocation firms and there are about 7 dedicated corporate movers in the relocation game in Canada. Simply add a zero and you should mirror the US market. (Corporations in the US could be higher pending on your target market.)  Some relocation firms look at the land mass rather than the population and treat a 20- or 50-move account as loose change. Please always remember to add a zero. The relocation community is a small and very tight knit group in Canada run by a few key players. Consequently, the opportunities are also scarcer (remove a zero).  This rule of thumb relates to the real estate market, temporary accommodation, etc. Whenever dealing with Canada in relation to US, simply add or subtract a zero.

This is one of the reasons US relocation firms, in some cases, have trouble breaking into the Canadian market. A very good account that is sold in Canada gets to the US management team and it is thought of as a small account. Nothing irks a proud Canadian company more than being treated as a second-tier account and as mentioned, the circle of influence is a small one with a big grapevine. I know Bristol is not taking this approach, but other relocation firms that have dabbled in or abandoned Canada have done some reputational damage to themselves.

We are not all the same in Canada. The US has pockets of cultural independents from Texas to New York to California, and Canada has the same swings. The easy way to visualize the different demographic and cultural vibe in different regions of Canada is that most of our population lines up close to the border. Our country grew with the railway East to West. Just look up and you will have basically the same cultural dynamics as you do in the US. There are a few exceptions. The province of Quebec, with a French culture and language that really makes Canada truly unique; Newfoundland, the Territories and far North.  But very generally speaking the cultural “vibe” for Canada mirrors the South.  For example:
•    Atlantic Provinces have an upper New England vibe similar to Maine and Vermont.
•    Quebec has a bit of Louisiana flavor, but more like a French/European vibe.
•    Toronto has a New York / Chicago vibe. The Greater Toronto Area (GTA) has a population of 6.3 million. It is a BIG city!
•    Prairie provinces have a Minnesota, North Dakota, Montana vibe.
•    Alberta has a Texas vibe.
•    British Columbia has a California vibe.
•    The closest you can get to Newfoundland is Ireland. The place is a treasure.
•    We also have three territories: Yukon, Northwest Territories and Nunavut. They have a sort of Alaskan vibe, but colder.
•    Then there is what is referred to as the far North, the arctic. Canada is the closest land mass to the North Pole so subtract a whole whack of zeros (Not to worry - no one will move there!).

With the massive land mass, low population and regional diversity, Canada has a few quirky moving challenges.  Firstly, distance and winter weather are always a factor in the GREAT White North. We also historically have an East to West migration pattern, so we get all our equipment out West and no return tonnage to the East (this is influenced by the oil and gas industry in Alberta).

There are additional charges in our pricing for all sorts of extra costs when moving in Canada, such as ferry charges (Newfoundland is an island off the East coast and Victoria on the West coast). There are remote charges and empty mileage charges in that some of our locations are so remote and sparsely populated that we do not have any return tonnage to come out of a location, or we must drive with no pay load (empty) to get to a location. Montreal, Quebec has a “moving day” on July 1st when about 130,000 renters all move on one day, turning downtown into a churning moving tsunami of furniture and parking madness.  (Avoid July 1st moves in Montreal!)

We share with the U.S. the largest unguarded border in the world and although we are open and friendly, Canada is a different country. Cross border moving is complicated and involves customs rules and regulation with a special focus on automobiles, as the transferee must provide very specific paperwork to the customs agents. If you’re moving to or from Canada, a Canadian mover could be your best choice. We know the rules and regulations and we manage the entre process for you.

1. The country is massive but very lightly populated. (Add a zero subtract a zero.)

2. Canadians are not all the same. Just like the US we have cultural pockets with unique demographics that if understood can help you put the geographic areas of the country into perspective.

3. We have some quirky situations, but we are also at your service. We know all the rules the regulations and the challenges. Please ask us anything. We are your resident experts and like to think of ourselves as an integral part of your service offering. Rest assured We The North will never leave you out in the cold.

4. Sporting life: There is a lot more to Canada than hockey and on that note, never say “ice” hockey in Canada. “Hockey” is enough, unless you are referring to field or ball hockey then say “field or ball” before hockey. Otherwise the game is called hockey. This is a faux pas that is a tell-tale sign of a cultural disconnect (just half kidding).