In our latest “up-close and personal” Associate feature we are honored to profile Mr. Moonhyo Yun, a Senior Analyst in Bristol's Finance Department!

Moon joined Bristol as a temporary employee in April 2019.  Making an immediate impact with his hard work, dedication, creative solutions and (not least) his warm and friendly demeanor, he became a permanent member of the Bristol family in July of that year, and has continued to earn the respect, appreciation and affection of all Bristol associates.

Andrean Cunningham, Bristol’s Director of Finance and Accounting and Moon’s manager, says: “Moon has been a great addition to not only the Finance team but to the entire Bristol organization. Moon is both admired and held in high regard by his peers. It has been amazing to be a part of his journey, watching him not only share his talents/skills but his growth. A few words that come to mind when thinking of Moon are dedicated, flexible, efficient, and a problem-solver. Moon’s ability to adjust to the needs of our business is quite admirable. He is a great example to his team and leads with such quiet strength.” 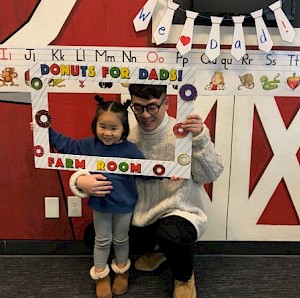 Impressive words from his boss.  What do his peers have to say?

“Moon excels in finding more efficient ways of getting the work done. He has a very sharp sense of humor and approaches problems from a very different angle than most people. The skills that he has acquired over his career and his ability to apply them to any situation exemplifies his incredible problem solving skills and critical thinking. “ – Chris Gingerella, Finance

"Moon has made a tremendous impact on our process improvement agenda with his technological knowledge and Finance experience.  He strives in looking for innovative ways to move Bristol forward in order to better connect and service our clients." – Shannon Browne, Accounts Payable

“Moon is someone I know I can depend on.  Collaborating with him is insightful and motivating.  His positive approach along with his analytical and reporting skills makes Moon a genuine asset to the Bristol Finance Team.” – Jane Torrenti, Accounting Manager

“Moon's devotion to the company's success is incredible. He is an open-minded person and is always finding new ways to improve our processes. It is quite astonishing to see first-hand how flawless Moon is able to adapt when there are changes being made constantly. His flexibility is admired." – Noemi Herrera, International Service Delivery

Let’s meet the man.  Moon, where were you born?

I was born in Busan in South Korea, which is the biggest port city in Korea.

Tell us about your family / growing up?

I was born in the mid-80s. I have very understanding parents, and one younger sister, who is 3 years younger than me. My family was really poor when I was young until I was 10. We were living in one small room which was so small 2 adults could barely lay down. We shared a bathroom with 3 other families, and the kitchen was operated by briquettes. Once, I almost died as a baby when briquettes smog leaked out from the kitchen, but my neighbor found out and helped me.

When I was 9, we moved to a city called Pyeong-Tak, which is a suburban city of Seoul, for my dad's new job. We stayed there for 3 years until my dad decided to move back down to near Busan for his own business following my mom's advice. Since then, he was pretty successful with everything, and is a great support for the family.

After finishing my service in the military for 2 and a half years, I came to the U.S. for college. My initial plan was to stay for a half a year, but it turned out to be 10 years. 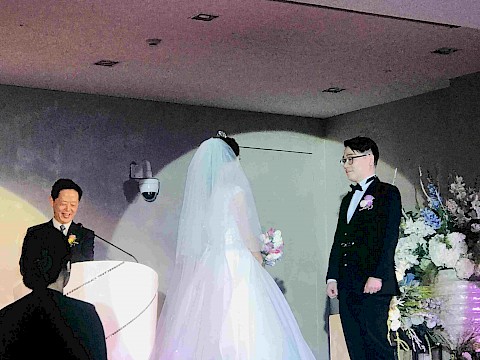 I now have my own family in US: myself, my wife Sandy, and my daughter Chloe.

What brought you to Phoenix?

My parents-in-law live in Gilbert, AZ, so when my wife was pregnant, I thought it would be better to move near her parents, so I suggested we move.

When did you join Bristol and what is your role?

I joined at the end of April 2019 as a temporary worker, and I officially joined at the end of July.  I work in the Accounting & Finance department, so I play with numbers.  I have a bit of strength in analyzing data and creating reports, so I work on many types of reports when needed.

What do you like best about working at Bristol?

The culture of Bristol. I love the people working here. Also, lots of food around the office - before we went remote, of course - that kept making me fatter!

Our culture is embodied in “Connect versus Control”; how do you do that, outside of Bristol?

I try to “be the person I am talking to”. I try not to think only from my point of view. I am still having to learn a lot!

What are some of your hobbies and interests?

I love to watch European soccer.  I used to like to play all kind of sports that are with balls (except American football), but I don't have a lot of chance to play actual sports currently, so I am trying to satisfy with watching them.

Also, I like all types of music. I like to listen to a variety of music, and love to sing a song.

Oh yeah?  What’s some of your favorite music?

What would be the theme song for your life?

What life accomplishment are you most proud of?

So far, having a healthy and sweet daughter is the accomplishment I am proudest of.

Is there a particular food you could eat and never tire of?

As much as I love all kinds of food, I get easily bored with too much of the same things, so I have never found any food that I never get tired of.

If you could be a superhero or cartoon character for a day, who would you be and why?

Scrooge McDuck.  I would like to swim in the money pool once.  I know it doesn't look clean, but still... 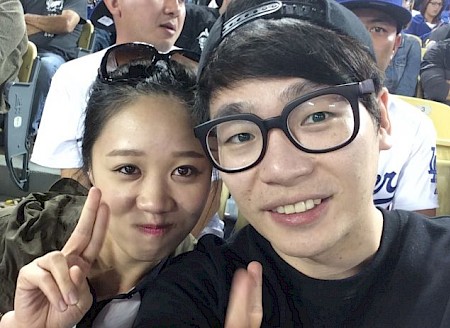 If they made a movie about your life, what would the title be?

"The Ordinary Life" - the ordinary man. A story about special events, maybe not special for some people but meaning everything to him, happening to an ordinary guy just living an ordinary life.

The “ordinary life” of an extraordinary man, we’d say.  Thank you for sharing with us, Moon.  And thank you for all you do for Bristol!

Let’s close with lyrics from a couple of Moon’s favorite songs, as we may all be inspired by this:

“Tonight, we are young, so let's set the world on fire… We can burn brighter than the sun..” - Fun

“This is for the ones who stood their ground… for those who never backed down.
Tomorrow's getting harder, make no mistake… Luck ain't enough, you gotta make your own breaks.      My heart is like an open highway....  Like Frankie said, I did it my way.  I just want to live while I'm alive…     It’s My Life”.   - Jon Bon Jovi

Words to live by.  Thanks for everything, Moon!